Satish Kaul told ABP News, “My difficulties have increased manifold due to the lockdown. I am in dire need of money for house rent, medicines and ration-water. Hopefully people will come forward to help me”. Mumbai Satish Kaul acted in nearly 300 Hindi and Punjabi films. The highly popular serials 'Mahabharata', 'Circus' and 'Vikram Betal' were also seen in different roles. But today 74-year-old Satish Kaul's life is passing through illness and mysticism. Satish Kaul, forced to live in a small house in Ludhiana, has to struggle a lot for paying 7500 rupees every month for rent and also for his medicines.

Satish Kaul had to be hospitalized in Chandigarh after suffering a hip bone factor (hip fracture) due to a fall. They have not been able to emerge till today due to this disease. Even after so many years, they are not in a condition to move properly. After staying in hospital for two and a half years, Satish Kaul also stayed in old age home for one and a half years.

About 25 years ago, he sold his flat in Versova in Mumbai for the treatment of cancer of parents for Rs 2.5 lakh. He also got the younger sister married with the remaining money. A few years ago, an acting school in Ludhiana was also opened in partnership, but it also suffered a loss of more than 20 lakh rupees. 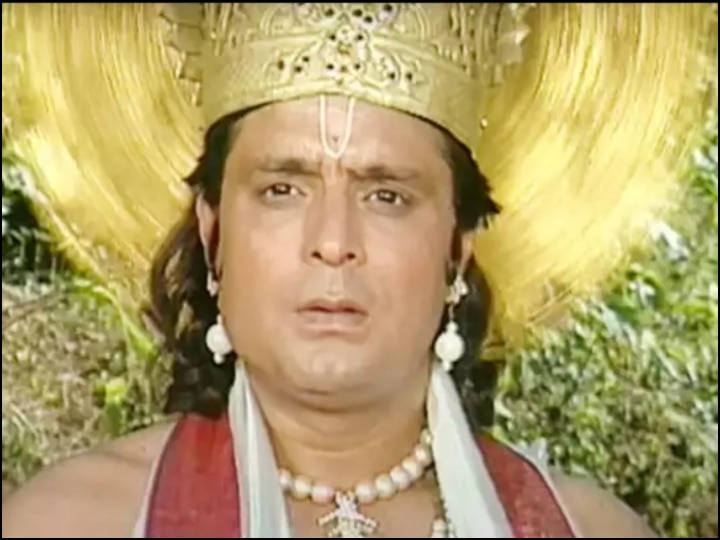 Talking on the phone to ABP News, Satish Kaul said, “It is not that after losing everything and after getting sick I did not get help from people. A few years ago I got 5 lakh as government help. Money was also received, but gradually all the money was spent in treatment and medicines. “

Sathish Kaul says, “My difficulties have increased manifold due to the lockdown. I am in dire need of money for house rent, medicines and ration-water. Hopefully people will come forward to help me.”

It is noteworthy that Satish Kaul was divorced from his wife only after one year of marriage. The wife got remarried and went to Durban (South Africa) with her son. Satya Devi, who describes herself as a fan of Satish Kaul, has been taking care of her for the last 6 years. People raised their fingers about the relationship between 68-year-old and mother of four children Satya Devi and Satish Kaul, but even in the worst of times, Satya Devi supported her and even today, she has been taking care of every need of Satish Kaul. . Satya Devi told ABP News, “I will always and always support her.”

While studying at the Film and Television Institute of India (FTII) in 1969, many of his actors like Jaya Bhaduri, Danny Dangjogpa, Asha Sachdev, Anil Dhawan were his batchmates. After completing his studies, Satish Kaul got an opportunity to work as a hero in many Punjabi films. He tried his hand in Hindi films too, but he did not get the success he hoped for. Although he worked with all the Bollywood actors like Dilip Kumar, Dev Anand, Vinod Khanna. But he did not get the fame in Bollywood that he got in Punjabi films.

Satish Kaul told ABP News, “I was so distressed by the slowly decreasing work and lack of money that one day I went straight to the office of BR Chopra, the producer / director of 'Mahabharata'. And said to him in a very loud voice, 'If you don't give me work as a Punjabi, then who will?' After this, BR Chopra immediately offered me 5,000 rupees as an offering by playing the role of Devraj Indra and asked me to come on shoot two days later on the set at Kranti Maidan in Film City. “

Sathish Kaul says, “If I still get a chance to work in films today, I would definitely like to. The fire within me of acting is still alive.”

Also read:
Booking of train tickets will start at Common Service Center from tomorrowNew rules for those traveling in flight: Only one check-in bag will be able to carry, no food will be available on the flight