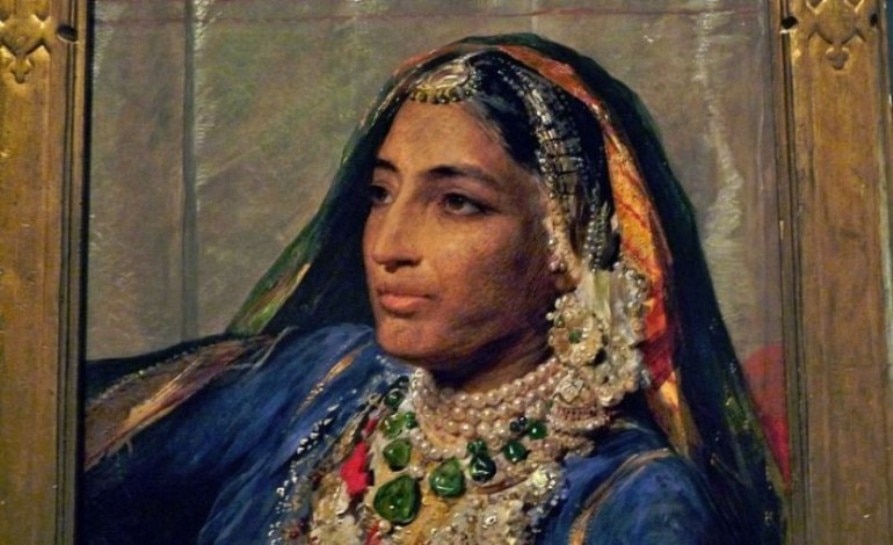 London: Once upon a time, Chand Tika, who was part of the jewelery of Queen Jindan Kaur, was auctioned in London. Kaur was the last wife of Maharaja Ranjit Singh of the Sikh Empire. The jewelery was later inherited by his granddaughter Princess Bamba Sutherland.

Gems-studded Chand Tika sold this week in a bid of 62,500 pounds (Rs 60,34,436) at Bonhams Islamic and Indian Art Sales. Along with this, other rare artifacts of the 19th century were also successful in attracting many dialects.

Queen jindan kaur Talk of
Bonhams has said that Jindan Kaur was the only living widow of Maharaja Ranjit Singh. He revolted against the British in Punjab but was later forced to surrender. Over 600 of his jewelery were confiscated from the famous treasury of Lahore. He was imprisoned before going to Nepal in 1848.

Other similar with ornaments at auction
The auction house believes that the jewelery available for sale this week is definitely the jewelery that was handed over to Jindan Kaur after UK authorities agreed to stay with her son Dalip Singh in London.

Some of the rare artifacts in the auction include a 19th century watercolor Golden Temple and a picture of the city of Amritsar. It is believed that till now all the paintings of the Golden Temple have been prepared with watercolor, it is the biggest in it. It was auctioned for 75,062 pounds. Apart from this, the portrait of Raja Sher Singh Attariwala, who was the commander in the Second Anglo-Sikh War (1848–49), was also auctioned.