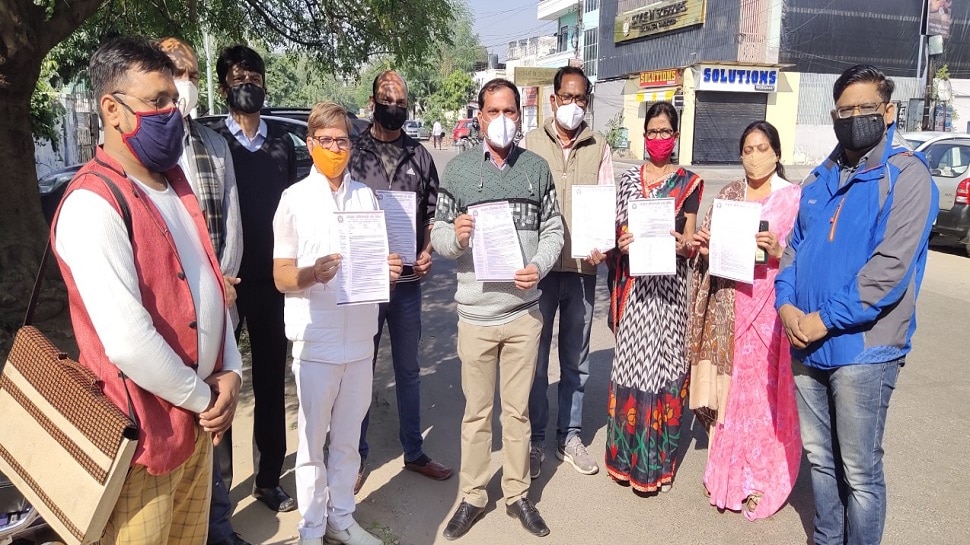 Jaipur: Coronavirus Due to the fact that schools are closed in the state for the last 8 months, there is also a conflict between private schools and parents over fees for the last 8 months. On the demand of fees, where there was a sit-in by the private school operators for 10 days, now the parents of the state are also seen going on the path of dharna with the 15-point demands. On November 30, a memorandum has been submitted by the parents to the Chief Minister warning of indefinite dharna.

Faced with the fees in the state, the name of the halt is not being taken. After the dharna given by private schools for the demand of fee collection, the Education Department authorized private schools to collect 70 percent and 60 percent fees, but after the decision of the Education Department, the parents have now warned of agitation. The parents, while handing the memorandum to Chief Minister Ashok Gehlot recently, have warned of dharna from 30 November if the hearing is not held.

Parents submit memorandum to Chief Minister regarding 15-point demands
Only 25% of the fees should be paid during the corona period, no extra charge should be levied
Guide line should be issued by online education department
Ensure that the Act of 2016 is maintained by the Department of Education
In view of the current situation, the ban should be imposed on the increase in fees for the next 5 years.
Syllabus of all types of education boards will be determined uniformly
The date of registration, fees and examinations to be held in education boards should be decided according to the court decision
Obligation of transfer certificate in private schools should be abolished
In case of session zero, the fees paid by parents for any item should be adjusted in the next year.
Ensure education in government schools on the lines of private schools.
Online education resources should be provided by the government and schools
The private fund’s reserve fund, surplus and government-assisted assistance should be made public.
The tuition fees of all private schools should be determined on the basis of percentage of total fees.
The decision to open a school should be taken only after seeing the situation in Corona
Department of Education should constitute a committee under the chairmanship of retired judge regarding fees.

On November 20, after negotiations between private schools and the education department, an agreement was reached about the fees, but since then, there has been a continuous complaint about private schools pressuring parents again about the fees. Arvind Aggarwal, President of the United Parents Association, said that “The matter is currently pending in the High Court regarding fees. In such a case, the orders of the court have been disregarded by the Department of Education, when the court in this case The decision will also come. After that the parents will agree to pay the fees. In this case, the decision taken by the Education Department regarding the pressure of private schools is not justified. ”

So after the instruction of the Education Department, the parents said that due to the pressure being made by the private schools on the fees, “During the hearing in the High Court, the bench had given instructions that due to the fees, a child should be excluded from the online class. Not to be done, but even after this, private schools are arbitrarily excluding children from online classes. At the same time, there are constant pressure on fees. ”

However, for the last 8 months, the infighting on fees is not taking the name of stopping. After private schools, parents have also warned to take to the streets. In such a situation, fees are becoming a big challenge in front of the Education Department.