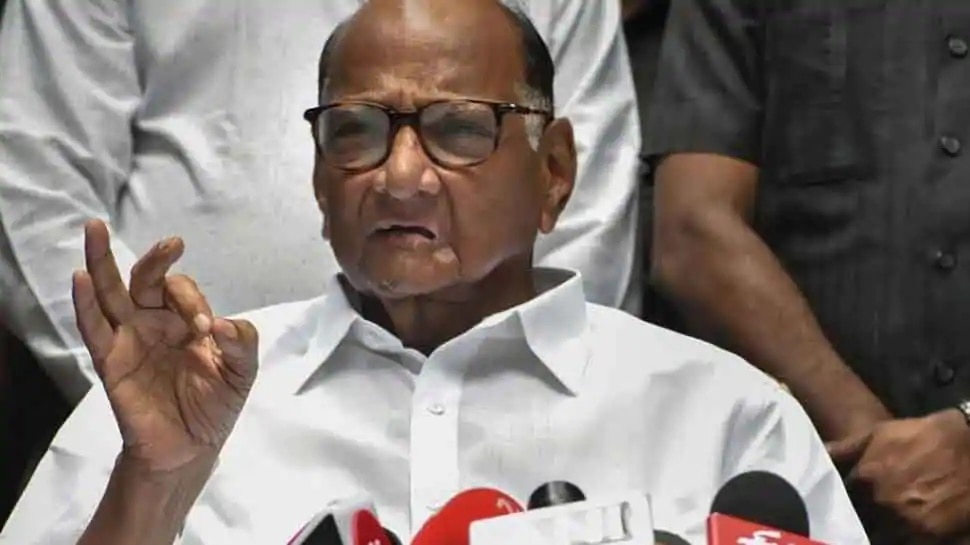 New Delhi NCP chief and former agriculture minister Sharad Pawar on Tuesday alleged that the central government imposed three laws related to agriculture without consulting the states. He said that matters of farming cannot be dealt with by sitting in Delhi as farmers living in remote villages are associated with this.

5 rounds of conversations with farmers
Sharad Pawar questioned the structure of the three-member Group of Ministers set up to negotiate with farmers ‘organizations as the five months of negotiations to enter the second month of farmers’ protests along the Delhi border and the solution to the problem remained inconclusive. Said that the ruling party should forward such leaders who have a deep understanding about the issues of agriculture and farmers. Sharad Pawar said that the government needs to take the protests seriously and it is not fair to blame Prime Minister Narendra Modi on the opposition parties for the farmers’ agitation.

read this also-Navjot Singh Sidhu caught in controversies about wearing shawls, aside from statements

Question of Narendra Tomar
He said that if the government fails to address the issues of farmers in the next meeting with representatives of 40 unions protesting, then the opposition parties will decide on future steps on Wednesday. Asked whether Union Agriculture Minister Narendra Singh Tomar claimed that Pawar, as the then Agriculture Minister in the Manmohan Singh-led UPA government, wanted agrarian reform but could not do so under political pressure, the NCP leader said he would definitely But some reforms were wanted in this area, but not in the way the BJP government has done. Pawar said that he contacted all the state governments before the reforms and did not proceed before resolving their objections.

Also read- Goa government is going to give permission for cultivation of cannabis, to be used in medicines

There should be dialogue between politics and democracy
Pawar said that matters related to agriculture cannot be dealt with by sitting in Delhi as it involves hard working farmers of the village and it is the responsibility of the state governments and therefore if the majority of agriculture ministers have some objections then move forward Before that they need to take in confidence and find solutions to the issues. Pawar alleged that the Central Government neither talked to the states this time and called a meeting with the agriculture ministers of the states before drafting the bill. He said that the central government passed the agriculture related bills in the Parliament due to its power and hence problem arose. Pawar said, “There should be dialogue in politics and democracy. He said that the government should have talked to remove the objections of the farmers regarding these laws.

All three laws have been imposed on farmers
Pawar said, “How can a government in democracy say that it will not listen or change its stand.” In a way, the government has imposed these three agricultural laws. If the government had consulted with the state governments and took them into confidence, then such a situation would not have arisen. He said that the farmer is upset because those laws will end the MSP procurement system and the government should do something to address these concerns.

However, he did not name anyone. Pawar said, “If the farmers were the priority of the government then this problem would not have dragged on so long and if they said that those who opposed were only farmers from Haryana, Punjab and western Uttar Pradesh, then the question is whether they Has not contributed to overall food security.