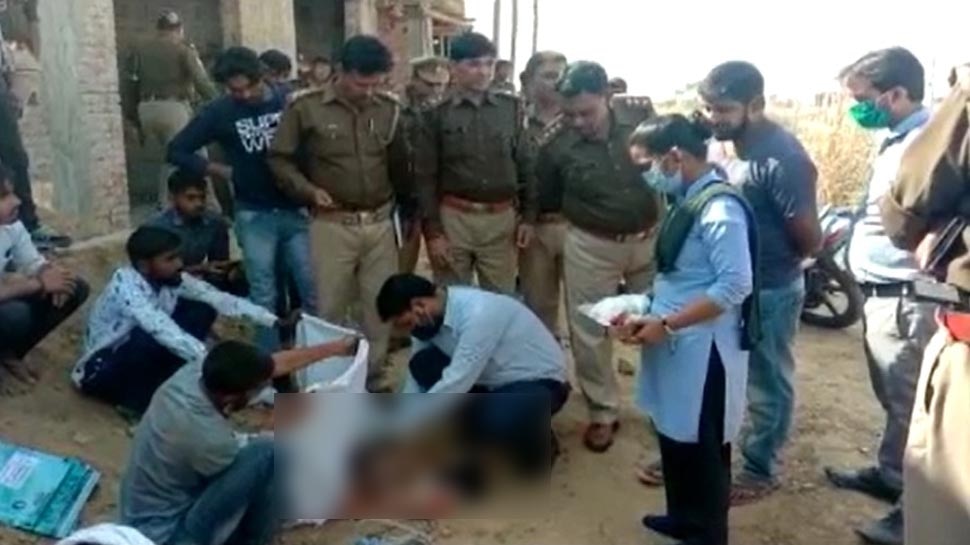 Mo. Gufran / Prayagraj: An incident that has embarrassed humanity has come to light in the Sangam city of Prayagraj. Where the doctors are accused that after the operation deteriorated, a 3-year-old innocent was left on the road. The girl’s father pleaded with the hospital administration, but one of them was not heard. After the death of the girl, the family members are very angry against the hospital administration. A crowd of villagers gathered outside the hospital. Due to the possibility of uproar, police of many police stations reached the spot. The police have taken the body of the girl in possession and sent it for postmortem.

read this also- The tree that emerged from the sea churning is present in this district of UP, the tourism department is doing conservation.

What is the matter?
Actually, Mukesh Mishra lives in Karehada area of ​​Kareli police station area. 20 days ago, he complained of stomach ache to his three-year-old daughter, Khushi. For whose treatment, he was admitted to the United Medicity Hospital located in Rawatpur under Pipri police station area. Doctors carried out the operation stating an infection in the intestine. It is alleged that the doctors let him out two days ago without soldering. After which the family continued to visit the other hospital in the city with him, but he was not admitted anywhere. After the condition of happiness worsened, the family returned to the United Medicity Hospital. Where the child was refused to be admitted. After which the innocent died while waiting for treatment.

After death, the girl got soldered
The angry villagers started an uproar on the death notice. The police reached the information on this matter, after persuading the family to calm down the matter. After this, there was such a scene which embarrassed humanity, everyone is stunned. In fact, the police called the doctor and got him soldered in the stomach of the girl at the hospital gate. The hospital staff stitched the innocent girl lying on the ground under the open sky. At present, the Pipri police took the body of the girl and sent it for postmortem.

Hospital management is avoiding speaking anything
On this whole episode, no hospital officials are ready to speak anything on camera. However, during the phone conversation, the hospital management has termed the allegations of the relatives of the deceased girl as baseless.

read this also- UKPSC Recruitment 2021: Recruitment to the posts of RO / ARO, apply direct from this link

DM ordered an inquiry
At the same time, after the video of this incident went viral on social media, District Magistrate Bhanu Chandra Goswami took cognizance of the case. He has formed a two-member team of ADM City and CMO on this matter and ordered an inquiry. The District Magistrate has made it clear in his order that the matter should be investigated as soon as possible. Also, strict action will be taken against those found guilty in the investigation.

See also- This cat is amazing gymnast, will you be able to do tricks like this?