DGCA issues covid guidelines for air passengers during travel | These mistakes will be huge in air travel, they will be taken off the flight immediately, know the new rules - The Info.in- Your Daily News Partner
Skip to content
Latest News
MI vs RCB: Harshal Patel Is Going To Be Royal Challengers Bangalore’s “Designated Death Bowler,” Says Virat Kohli
Belgium Restricts AstraZeneca COVID-19 Vaccine To Over 55s
Arch Of World’s Highest Railway Bridge In Jammu And Kashmir Completed
Girl Returning From Tuition Allegedly Gang-Raped In UP; Dies By Suicide: Cops
What Will A Reformed Champions League Look Like
Anti-Terror Probe Agency NIA Finds Another High-End Car Registered In Sachin Waze’s Name
Nellore Royyala Iguru: This Fiery Shrimp Recipe From Andhra Pradesh Is Loaded With Incredible Flavours 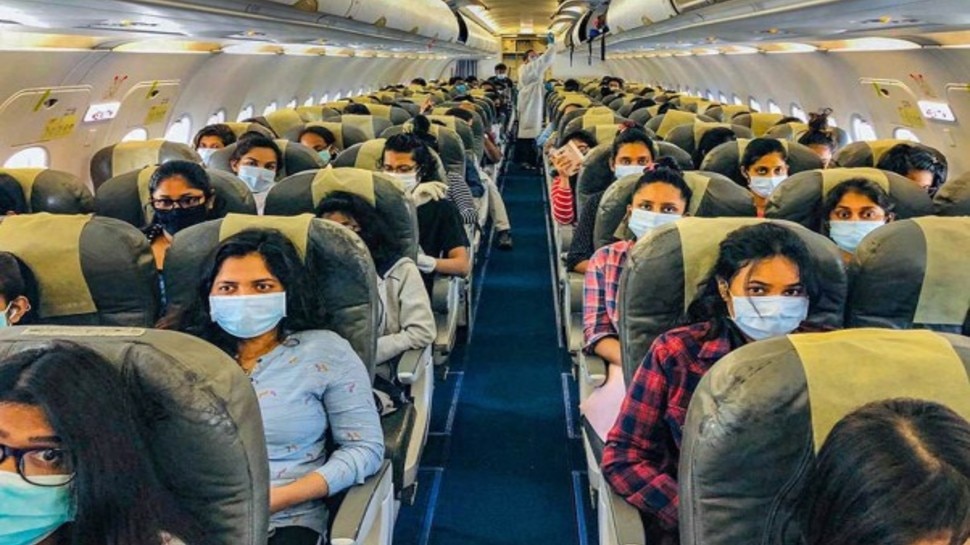 New Delhi: Air Travel Guidelines: If you are going to travel by air recently, then you will have to follow some rules strictly, otherwise you can also be taken off the flight. Actually, in view of the increasing cases of Corona, the DGCA had issued new rules for the passengers traveling by air. Now, along with booking the air tickets, an e-copy of the Kovid protocol will be sent to the passengers from the airlines. Which will be very important to follow.

On March 13, the Director General of Civil Aviation DGCA issued this order to all airlines. The Kovid protocol that will be sent by the airline will have to be followed during the Arrival, Departure and the journey. The DGCA says that if any negligence was found in wearing masks inside the aircraft or if the mask was not worn properly, Corona’s other guidelines were not followed then it would be taken off the aircraft.

read this also– Auto company will not be cured for selling bad cars, will be fined up to Rs 1 crore, will have to recall

It is necessary to wear a mask at all times

It has been clearly stated in the new order that it will be mandatory to keep a mask on from the time of entering the airport and during the journey to and from the airport. The nose and mouth should be completely covered by the mask. The CISF and other police personnel will be deployed to check this. If a passenger violates the protocol despite repeated warnings, then the passenger will be considered as ‘Unruly Passenger’.

In a second order that came a few days ago, the DGCA said that air travelers who do not wear face masks during the flight will be put on the ‘No Fly List’ for further trips. That is, passengers will not be able to travel on the plane. If one such airline does it, then the rest of the airlines will also put that passenger on the no fly list.

The DGCA’s order came after the Delhi High Court’s order dated 8 March 2021. Actually, Justice C Hari Shankar was coming to Delhi from Kolkata on 5 March on an Air India flight. During this time, he found that social distancing is not being followed within the flight and at the airport. Travelers are not wearing masks, and airlines are also slowing down the Kovid protocol. The Delhi High Court had then ordered that the Kovid protocol should be better followed during the journey.

read this also- Registration of old vehicles will be costly from October 1, even more money will be taken for fitness certificate, rules issued