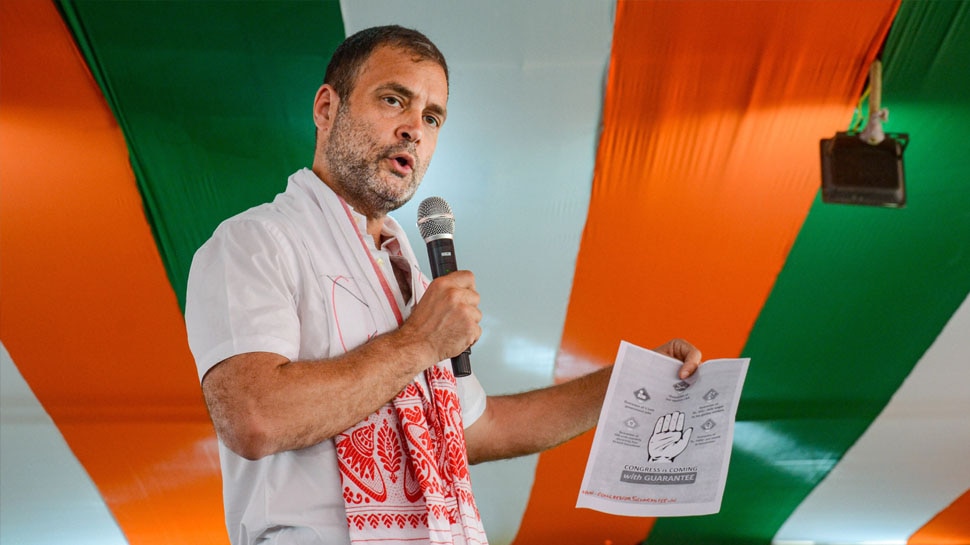 Guwahati: Congress leader Rahul Gandhi has once again opposed the Citizenship Amendment Act (CAA). Addressing two separate election meetings in Assam’s Dibrugarh and Tinsukia (Assam Assembly Election 2021), Rahul Gandhi said that if the Congress comes into the government then the CAA will not be allowed to apply at any cost.

CAA will not be implemented – Rahul Gandhi

Speaking at a public meeting on Friday in Dibrugarh, Assam (Assam) said, ‘If our government comes in the state then we guarantee that the Citizenship Amendment Act (CAA) will not be implemented. BJP used hatred to divide the society. No matter how far they go to spread hatred, but the Congress will increase love and harmony.

‘Modi gave slogans but did not provide employment’

Addressing a public meeting in Tinsukia district, Rahul Gandhi said, ‘There is a BJP government at the Center, including Assam (Assam). Still why people are not getting employment. Modi gave slogans but did not provide employment. Employment gives small businesses. It cannot be given by two-three industrialists of the country. PM made note ban in the country. All the small jobs were eliminated from it, then GST i.e. Gabbar Singh Tax was imposed. People were lied that this is a fight against black money, but in reality all this game was played to take away the money of the poor and give it to the big industrialists of the country.

‘200 units of electricity will be given free to every Assamese’

Rahul Gandhi alleged that lakhs of farmers are sitting outside Delhi but Modi calls them terrorists. PM sold the airport of Guwahati to his friends. They say that the money was used correctly. Rahul Gandhi promised that after the formation of Congress government in Assam, people will get up to 200 units of electricity for free. 2 thousand rupees a month will be given to each housewife. The language and culture of Assam will be saved.

‘Made in China merchandise will be seen everywhere’

Taking a dig at the Bijpi government, he said that today the children studying in India are not getting employment. Narendra Modi talked about Made in India. But look at the back of the mobile phone and shirt, you will not see Made in India, Made in Assam. You will only see Made in China. This is what we want to change. BJP cannot do this work.