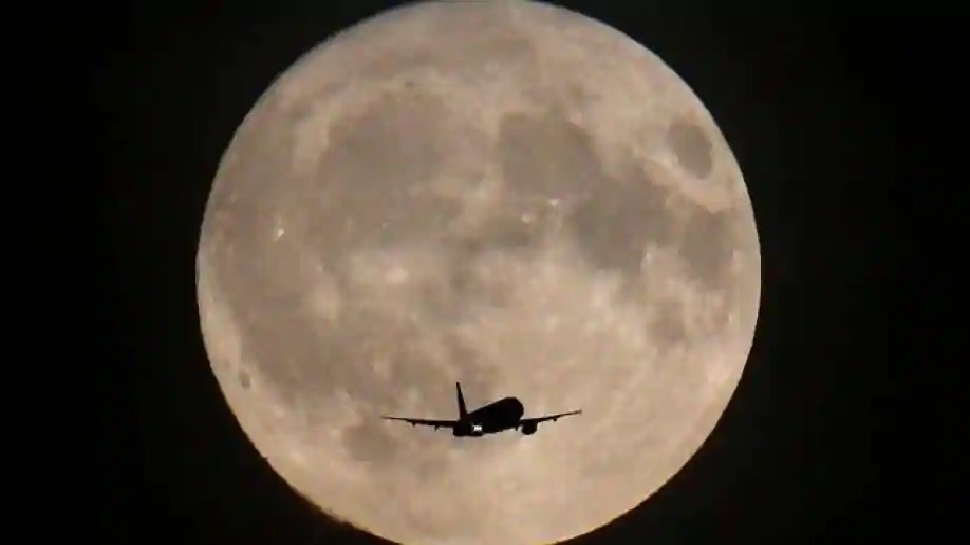 new Delhi: Everyone knows that there is water on the lunar surface, but now it has been learned that the amount of water on the lunar surface is more than we actually think. This water is in those parts of the snow, which are always in the shade. Research 11 years ago indicated that there is a small amount of water on the moon, but now a team of scientists has clearly identified the water molecules on the surface of the moon. At the same time, according to another research, the surface of the moon on which there is always a shadow, about 15,000 square miles of its area, possibly water in the form of ice.

Water is in the form of molecules
The only way for the water to remain on the surface is to be on the surface of the moon where sunlight falls. The first study says that the water is within the grains of the mineral. To find out, the researchers used data from a telescope sent from a Boeing 747SP aircraft from the SOFIA Airborne Observatory.

Researcher Honibel said, ‘Many people think that what I have discovered is water ice. Actually, it is not so, it is just water molecules, which are so dispersed that they cannot come in contact with each other to make liquid water.

Water on the dark surface of the moon
According to the report published in the journal Nature Astronomy, the dark surface temperature of the moon is less than about 260 degrees Fahrenheit (minus 163 degrees Celsius). Water stored here due to such cold can remain for many billion years. Researchers led by Planetary Scientist Paul Hayne of the University of Colorado, using data from NASA’s Lunar Reconnaissance Orbiter spacecraft, found that there could be many billions of tiny shadows on this surface that would be no larger than a small coin. Most of them are located in polar regions.

Henne said, ‘Our research suggests that water in the polar regions of the Moon may be spread far more than we thought. This will make it easier to use, remove and analyze it.

But do not know the source of water
“Water is not only in the polar region, but is spread over a much larger area,” says Honibel. But a mystery is still unsolved as to what is the source of water on the moon. Henne said, ‘The reason for the origin of water on the moon is such a big question, whose answer we are trying to find through research. Currently the main contenders for this are comets, small dust particles of asteroids or planets, volcanic eruptions of the solar wind and the moon. ‘