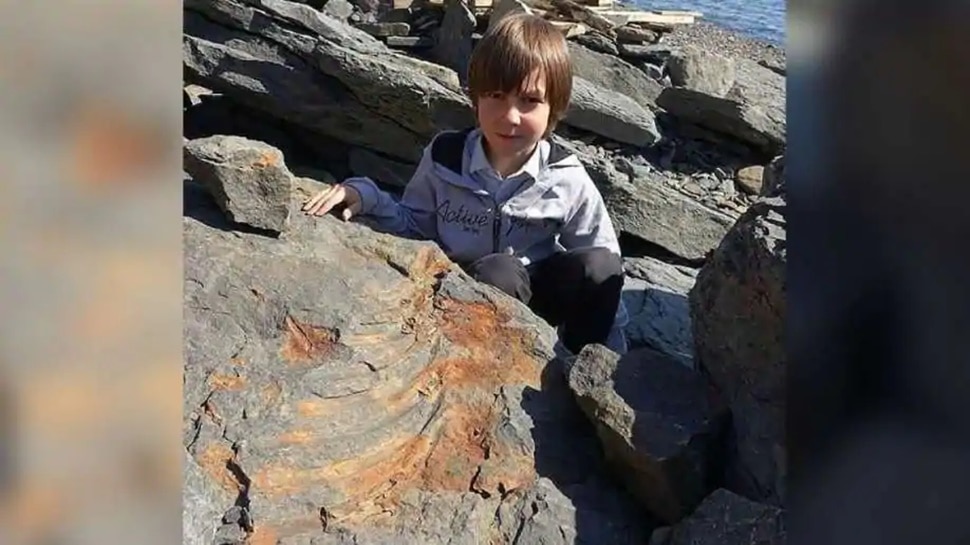 New Delhi A schoolboy in Russia has discovered the remains of a 250 million year old dinosaur called Ichthyosaur, a reptile that is believed to be the largest of all living creatures on Earth. The discovery of this child has been investigated by a team of scientists. This little boy’s favorite animal is also a dinosaur, about which he has done a lot of study.

7 year old boy collided with extraordinary stones while playing
7-year-old Dmitry Sirenko, playing with his sister in Russky Island, Russia’s Far East, meanwhile encountered some unusual stones. These stones cannot be spoken in general because they had traces of some big animals on them.

Sirenko, a student at the school, said, “I love dinosaurs, and I always dream of finding the bones of a real dinosaur.” The amazing discovery of this little boy was confirmed by a team of local paleontologists. The team of scientists themselves reached the place where there were relics of reptiles to investigate the discovery of the young innocent.

Read this too- Take egg and onion … Vote in return, the candidate’s unique campaign

Scientists believe that strange marks on the stones may be the remains of an ichthyosaur, a giant prehistoric marine reptile. In appearance, it is considered much larger than all animals. Scientists studied the fossil along with the stone by translating it into the Primorsky Aquarium.

Ichthyosaur lost his head 250 years ago
Paleontologist Yury Bolotsky said, this ichthyosaur lost its head 250 million years ago. Scientists have carefully planned to cut part of this layer of stones, to confirm whether Ichthyosaur has a skull or not. Let me tell you that Ichthyosaur has been said to be the largest among the giant animals living on earth. Its body length was measured up to 85 feet.