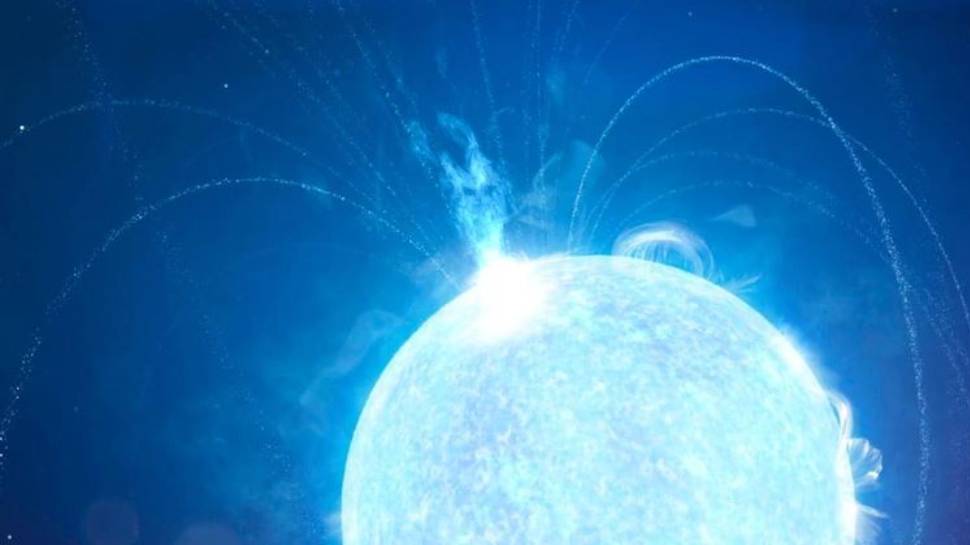 new Delhi: Scientists have got new success. Astronomers have identified the source for the first time by detecting the explosion of cosmic radio waves within our solar system. This thing was first revealed a decade ago. This discovery has surprised scientists. This is a big thing for the science world.

Scientists achieve great success
Fast Radio Bursts are generally extragalactic, which means that they originate outside our galaxy. However, on 28 April this year, many telescopes detected a bright FRB from the same area within our Milky Way. They were also able to pin the source. Magnets, neutron stars that are the most magnetic objects in the universe, were long suspected to be the victims of the source of these radio bursts. But this discovery is an expectation that astronomers are able to detect the signal by going directly back to the magnetor.

Galaxy radio burst
According to studies in the journal Nature, a strange type of star bursting from a radio was called 32,000 light years away from Earth. This was the first rapid radio burst, as well as the first radio burst to come out of the galaxy. Astronomers say that there may be other sources for these explosions, but they are now certain about the magneters. Magnetars are incredibly dense neutron stars, which take 1.5 times the mass of the sun to form Manhattan in space. According to Canadian study co-author Astronomist Jiggy Plunnis of McGill University, they have twinkle and crack with energy and sometimes X-rays and radio waves.

A dozen magnets in the galaxy
California Institute of Technology astronomer Casey Law said that the magnetic field surrounding these magnetors is so strong that any atom nearby explodes and bizarre aspects of basic physics can be seen . Shami Chatterjee of Cornell University says that there are probably a dozen or so magnets in our galaxy. They are extremely small and are part of the Star Birth Process. Milky Way is also not flush with the birth of Star.

Radio explosion is not dangerous
Calt Radio astronomer Christopher Bochnec said that it is less than a second, which is equal to the energy generated by our sun in a month. Still, the waves coming out of the radio are much less than the radio burst. He helped spot Burst with handmade antennas. Astronomers have said that this radio burst is not dangerous for us, it is not more powerful than outside our galaxy. Daniel Michilli said, “These radio bursts are thousands to millions of times more powerful than anything in the galaxy.” Scientists think that they are so fast that they can come out of our galaxy more than 1,000 times in a day but they are not easy to find.