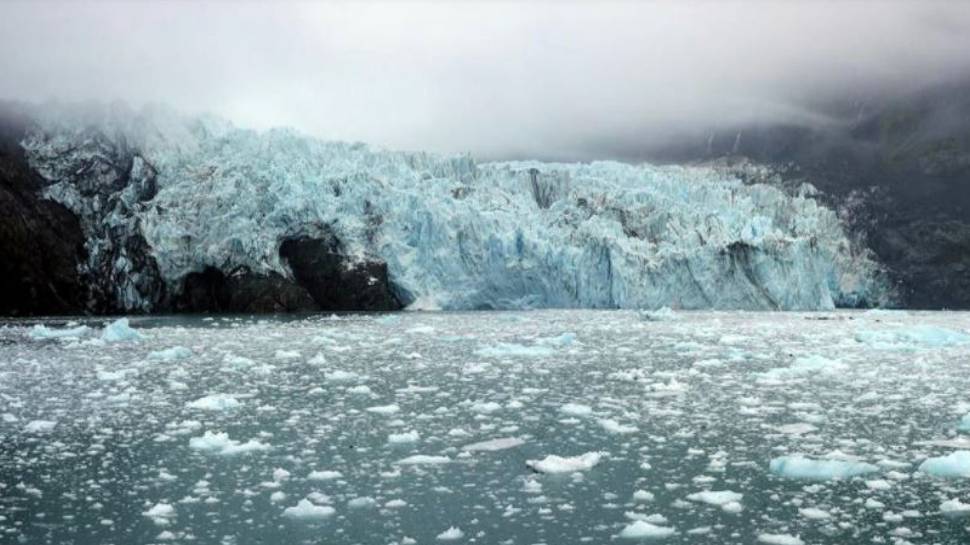 new Delhi: The Barry Arm Glacier in Alaska is melting, meaning the soil is slowly slipping under the ice. This is because of the heavy weight of snow there. Scientists have said after the study that this glacier can break due to the landslide, which will go directly into the sea.

This can lead to catastrophic tsunami. You know, Barry Arm Glacier is built on a narrow seaway. There are high snow-laden mountains on both sides of it. Therefore, this place becomes suitable for Tsunami.

Here, if the ice glacier landslide, then the flow of water will be very fast which can take the terrible form of tsunami. This poses a danger to the people living around the sea. Researcher Chunli Dai of the Bayer Polar and Climate Research Center at Ohio State University has stated that the Barry Arm Zord has slipped 120 meters between 2010 and 2017 and is still moving slowly.

If they break fast and fall, the result can be very dangerous.

Such a tsunami has arrived in West Greenland

According to scientists, most of the glacier landslide occurs on the slopes of the mountains, when the frozen ice begins to melt on the slopes. But if a large amount of snow falls, the risk of tsunami increases. One such tsunami (Tsunami) has arrived in West Greenland in 2017, due to which 4 people died. Millions of tons of dust, mud had spread to the surrounding areas.

Also read- Lightning is falling on the planet in the solar system, see astonishing pictures

Tourists also keep visiting Alaska’s Barry Arm Glacier. Also, there are fishing people. People from the local Chugac community live around the glacier. These communities can be at risk.

Scientists have reported that between 1954 and 2006 the Barry Arm Glacier was melting less than one meter every year. But after 2006, the melting speed increased slightly, its melting speed increased to 40 meters per year. Between 2010 and 2017, its speed of growth has become even faster. Scientists have found in the study that if it landslides in the glacier, its rocks will fall into the sea.

These rocks fall into the sea, a wave of 25 to 40 meters high will arise every second. A wave of this size and intensity is enough to wreak havoc on any major cruise ship, cargo ship, fishing vessel, kayakers and the surrounding area.