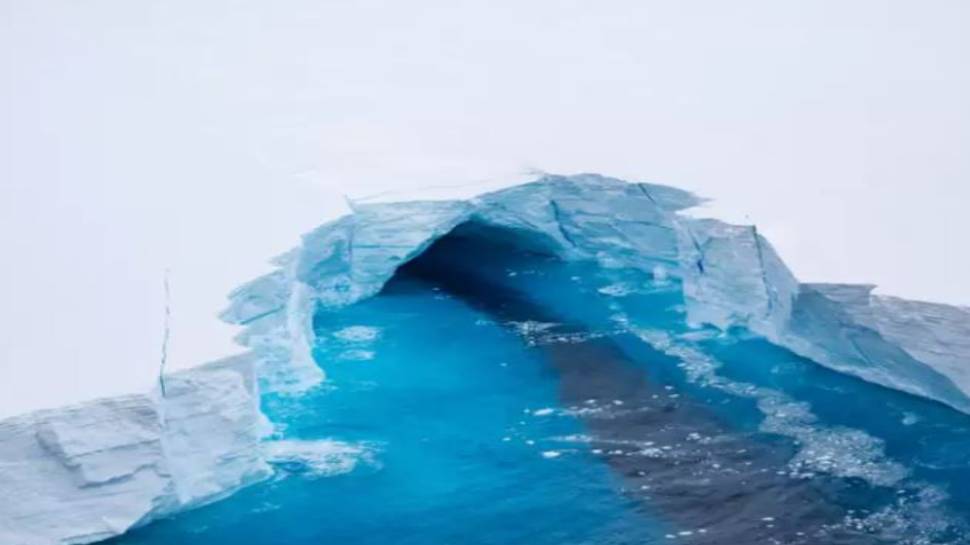 new Delhi: The first pictures of a trillion tons of Icebergs have surfaced, heading towards the coast of the British Isles. Scientists have warned that due to this icy mountain, thousands of seals are threatening fish, penguins and other wildlife.

According to biologists, if this iceberg named A68a collides with the island, it can cause terrible damage to the environment and millions of animals Survival of homes But there will be danger. According to an estimate, the weight of this iceberg is one trillion tons and it is 200 meters deep. Because of this, the risk of hitting the ground is more than that of other giant icebergs.

This iceberg was cut off from the Antarctic ice shelf three years ago. This iceberg has traveled more than 10 thousand miles, after which it has reached 125 miles away from South Georgia in the South Atlantic. According to Dr. Andrew Fleming present in the British Antarctic Survey, within the next two to three weeks, it will be known whether it will hit the coast or pass.

Also read- Aliens are present in the world, doing research with this country!

They told that it is the same size as South Georgia. Scientists believed that the A68a must have broken into thousands of small pieces after flowing into the ocean in February, but surprisingly it still exists in a huge size.

Iceberg can be threatened by breaking

This iceberg is currently the largest in the world and one of the five largest icebergs in history. Dr. Fleming said that one-fourth of it is broken and separated. He also told that the parts which break apart from this are also like small icebergs and they can cause danger to ships.

Also read- The world’s most dangerous volcano has been quiet for many millions of years, devastation will occur when it explodes

The water temperature towards the coast is high and the waves hitting it are breaking it. But the matter of relief is that if this iceberg does not hit South Georgia, then great destruction will be averted and it will go slowly and join the ocean. Professor Geraint Tarling, a biologist of the British Antarctic Survey, warned that if it collides with the island, there will be disastrous consequences.