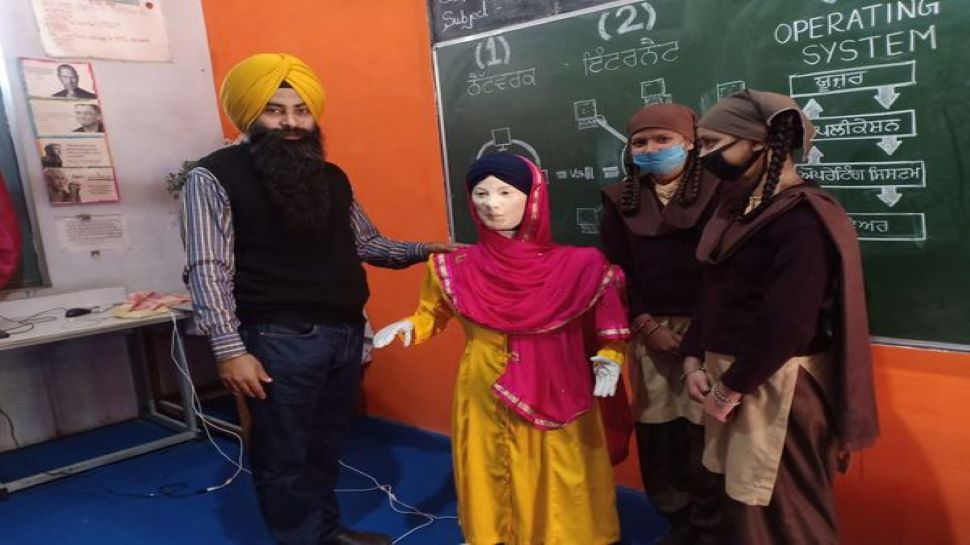 New Delhi: Harjeet Singh, a computer teacher at a government high school in Jalandhar, has created the world’s first robot to speak and understand Punjabi. Which is named ‘Sarbans Kaur’. About 50 thousand rupees were spent to build this robot. The teacher of a government high school in Jalandhar’s village Rohjari (Rohjari, Jalandhar) has prepared it in 7 months. This robot is activated by taking its name Sarbans Kaur and then gives the answer in the same language when asked questions in Punjabi. In the beginning Sat Sat recites Gurbani from the famine.

First language and now made robot

Harjit Singh said that as a teacher he wanted children to understand computer programming easily. For this, he had prepared a programming language called Sarbans in Punjabi, taking the example of similar efforts in Canada. During this time, the lockdown occurred due to Kovid. If you get success, desire increases, that is why they thought of making robots. Initially it was prepared by working under lockdown and later at night.

He translated the English words into Punjabi to create a computer programming language. Based on this language, he designed the robot, then the question came who would give voice to the robot. Since the robot was of a woman’s form, his wife Jaspreet Kaur took this responsibility. First he recorded the voice of wife Jaspreet. Then after improving it a bit, feed it into the robot.

This is how robots work

According to Harjit Singh, we can do whatever we want to feed in Sarbans Kaur robot. Once he is asked these things, whenever he is asked, he finds the right answer from his database and then gives the answer to the person in front.

Such a ready made robot

Guide – You can feed the history of any religious or other important place, after which the robot can tell people about the history of the place.
teacher – By feeding any kind of knowledge into the robot, he can do the work of teaching children. Can answer children’s questions.
Old Age Homes- It can be used to communicate with the elderly living in loneliness. Many types of things can be fed in its database, so that if the elderly ask anything, the robot can answer it.

Why the name Sarbans Kaur

Harjit Singh said that Sikh Guru Gobind Singh Ji also has a name Sarbansdani. From there he was impressed and named this robot Sarbans. Sarbans Kaur has been kept due to being female. He said that he influenced Punjabi poet Surjeet Patar’s poem ‘Mari Meri Bhasha’ and made it in Punjabi. Now he wants to first get the robot’s forehead in Sri Darbar Sahib in Amritsar.