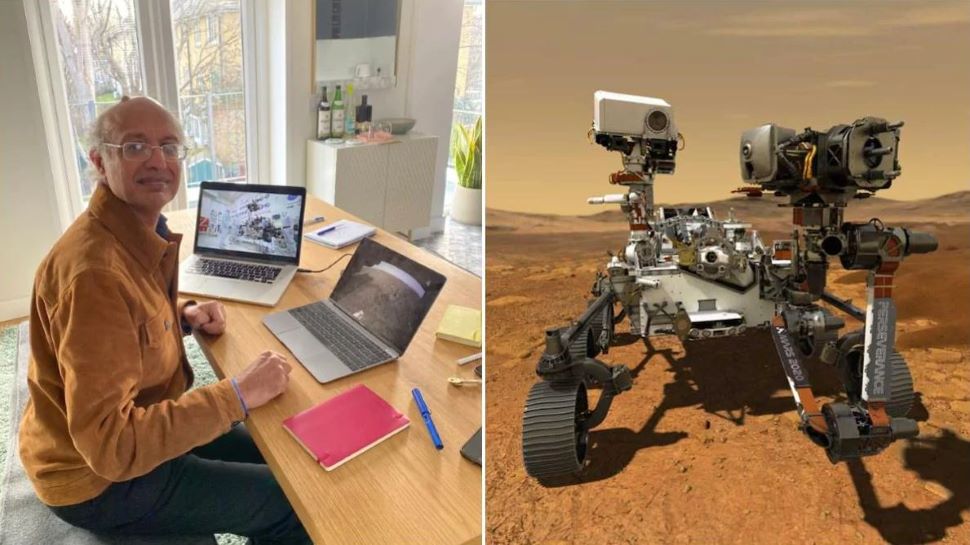 New Delhi: The US space agency NASA has recently launched its robot Perseverance Rover successfully on Mars (MARS). This rover will now explore the possibility of life on Mars. Let us tell you that this is the most ambitious mission of NASA, for which a team of hundreds of NASA scientists were working day and night. One of these scientists is Professor Sanjeev Gupta.

Mission Mars from One Bedroom Flat

Professor Sanjeev Gupta is also a part of this special mission of NASA. And the special thing is that he is handling the Pervention Rover not from NASA’s headquarters or office, but sitting at his house. You will be shocked to know that Professor Gupta has rented a one bedroom flat in South London. Actually, this has happened due to travel ban imposed due to corona.

read this also- Weird Reptiles Liolaemus Tacnae: This lizard broke the world record, Reptile living at an altitude of 17,716 feet

One of the special scientists

Let us tell you that 55-year-old Professor Sanjeev Gupta is a British geologist of Indian origin. He is also an expert in geology at London Imperial College. He is currently associated with NASA’s Mars mission. Significantly, he is also one of the scientists of this project who are part of this campaign to bring samples from Mars in 2027. This sample will give evidence of the possibility that there is life on Mars. For this, in the coming time, Professor Sanjeev Gupta and his colleague will also set several tasks on Mars for Percerance Rover.

Not being in the jet propulsion lab

However, Professor Gupta has no qualms about being present at NASA’s Jet Propulsion Lab in California. Significantly, Professor Gupta has a PhD from St. Cross College, affiliated to Oxford University. He has rented a one-bedroom flat above a saloon near his home in south London for the purpose of doing a better job without disturbing the family. From this flat, he is working for the mission of Perseverance Rover.

read this also- Red Sprites and Blue Jets: The color of the sky suddenly changed in the country, this rare astronomical figure is seen

More than 400 scientists are working from home

Professor Gupta explains that many of the more than 400 scientists associated with this mission are doing work from home. Because there is a travel ban right now. Perseverance rover has landed on the Jaziro crater of Mars. Billions of years ago, this crater was caused by an asteroid hitting Mars. Old river basins and delta can be seen there. He informed that he and his team hold several meetings daily and decide from where to pick up samples.