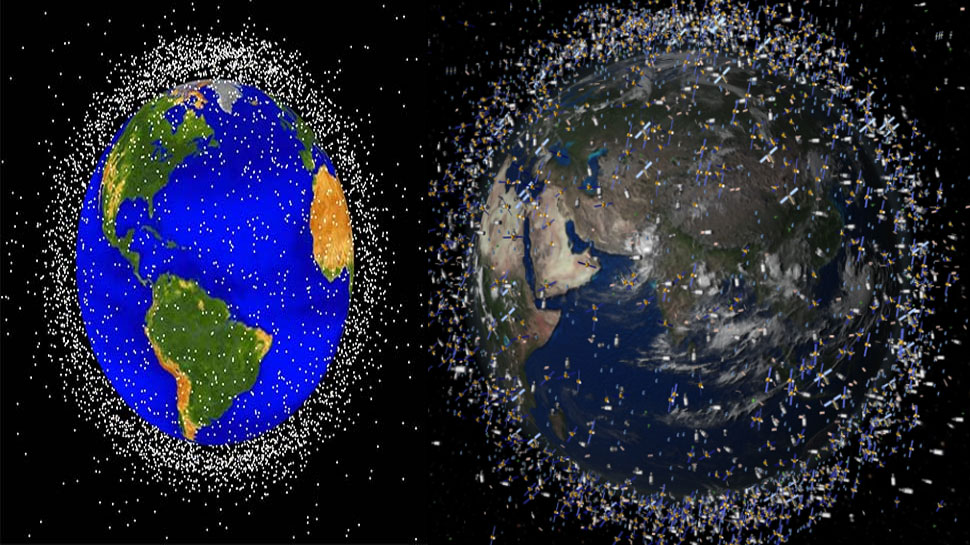 New Delhi: NASA has recently disposed of its largest junk of debris in space. This debris had become a threat to spacecraft, satellites and space stations. This huge pile was released from the International Space Station (ISS) last week. This 2.9 ton junk pile had the rest of the stuff used in the space, including old batteries. However, you need not fear that this garbage is not going to fall in your roof. This is a long process. Disposal of such debris from the International Space Center is a common procedure. Which takes a lot of time to get into the earth’s atmosphere.

Talking about Japan, Japan provides the supply of essential goods to the International Space Station through its H-II transfer vehicle (HTV). At the same time, after the target is achieved, it gets burnt as soon as it enters the atmosphere of the earth. Despite this, some of its pieces which are saved from ashes fall into the Pacific Ocean without harming anyone. In such a situation, it is believed that NASA’s release this junk will be burnt as soon as it enters the boundary of the earth.

read this also- Conjunction Astronomy 2021: The biggest events of space will happen in the next 15 days, know when and how these rare views will be seen

Space garbage is a matter of debate

Right now, this pile of space waste hovering around the earth has become a matter of debate. Effective measures have also been started in this regard. In fact, the British Space Agency is also preparing to take out similar wastes. Many scientists have expressed concern about this waste lying on the lower orbit of the Earth because it has now become a big threat to the International Space Station.

The size of everything in space is very important. This small piece of debris can also be fatal to the center and people present on the space. This is because no concrete technique or arrangement has yet been done to bring this waste down in a very precise manner.

Billions of pieces cause for concern

According to the reports received from the agency, currently around 160 million pieces of space debris are circling around the earth. All these are under the influence of the Earth’s gravity and some of them have a speed of 18 thousand miles per hour. Apart from these crores of pieces, there are at least one million pieces which are bigger than one centimeter, which has increased the risk of hitting the satellites present nearby.

Scientists believe that these pieces can become the cause of continuous damage. At present, there are about 2800 satellites in the Earth’s orbit. At the same time, three thousand dead satellites are also circling like this.

read this also- Sperm Bank! Scientists want to send the sperm and eggs of millions of creatures including humans on the moon, this big fear is haunting

What is the debris of space

Debris in space is called human objects that are no longer used in space. According to NASA estimates, about one day debris from space falls on the earth. This debris either falls on the earth or burns with its entry into the atmosphere. Most of such debris falls on the edge of the ocean, ie, on the edge of the sea, because about 70% of the earth is water. The debris gathered in the special mission that has been going on for more than the last 50 years is still present in large number in space.