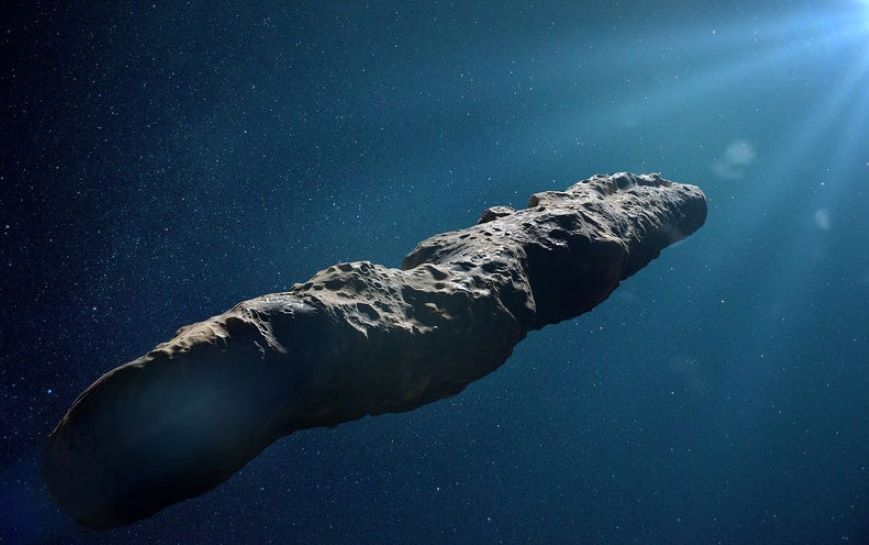 New Delhi: Alien rock is circulating in the solar system, which came about three years ago. Professor AV Loeb of Harvard University had said that it is alien technology which is roaming in our solar system. Now a new theory has come about that this stone came from Alien Pluto. Scientists claim that this is the first alien stone to roam in our solar system that has definitely come from some other space.

What do scientists say

Scientists have claimed that it is not even a meteorite. The name of this stone wandering in the solar system in a very mysterious way is Oumuamua. Asteroids were previously understood, but now there are new indications that this is alien technology. Scientists are saying that it came from Alien Pluto. Because there is no tail behind it.

Years after a point of strange light flashed through the solar system, scientists have a way to describe what happened. Was it aliens? https://t.co/cCpHlLDyML

This cigar-shaped stone is slowly slipping. It looks like someone is pushing it. But it was stable for the first few months. Now scientists do not understand why this is happening. The Alien Pluto Theory has recently been published in the Journal of Geophysical Research.

read this also- The Mars Society: Preparing to settle two and a half million people on Mars, design studio shares pictures of Mars homes

Astronaut Avi Loeb of Harvard University says that this object is being pulled by an alien machine. Which is thinner than a millimeter. Or it is pulling solar radiation i.e. solar radiation towards itself. Significantly, it is due to celebrate the theory of Alien Pluto, the Nitrogen Ice flying in the space from the planet Pluto.

Entry of aliens in the solar system

At the same time, many scientists believe that its movement is changing automatically. Because there is a blast of solid hydrogen around it. Because of which it is constantly changing its speed and direction. In The Astrophysical Journal Letters, Avi Loeb and Thiem Hoang rejected the theory of hydrogen blast and said that it could not happen. It is definitely possible that aliens come in our solar system.

Astronomer Darryl Seligman of the University of Chicago says that Oumuamua came like an asteroid but has no tail behind it nor does it have any light. The shape of Oumuamua is believed to be 1300 to 2600 feet long. It is moving in our solar system like a very slow rocket engine. Whereas, very few objects rotate at such slow speeds.

There is more theory

A separate theory also says that Oumuamua is only 4 million years old. Seeing his shape, gait etc., it has been estimated. Now there is a debate among scientists all over the world about this space object, whether it is alien technology. Or a normal space object.