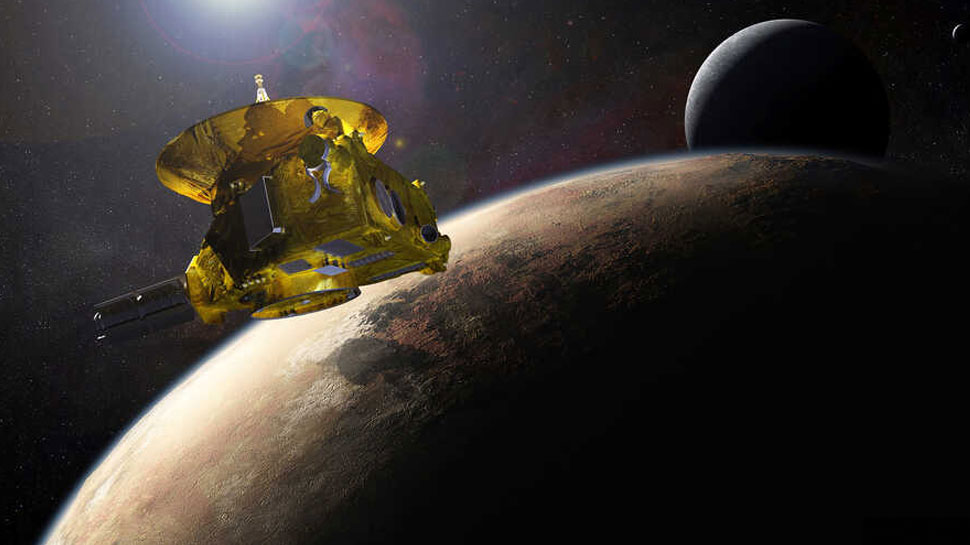 New Delhi: Increasing natural calamities around the world, rising sea water level due to global warming, biological warfare like corona virus and the threat of nuclear war etc. indicate that destruction that one day or the other is the end of this earth. If this happens, what will happen next, will the human race be able to survive. If humans survive, how will they survive?

To find out the answer to many such questions, scientists had given the theory of ‘Doomsday’. After this ‘Dooms Day Clock’, ‘Dooms Day Vault’ worked rapidly. Although there is no scientific basis for whether the world will end or not, let us tell you that NASA’s research is also going on regarding this interesting subject.

According to the report of The Sun, NASA’s new mission can find the answer to the world’s most important question. This discovery is related to the investigation of the planet Venus. Therefore, it is possible that scientists can define that theory correctly as to how the earth will end.

read this also- NASA SLS: The first picture of NASA’s ‘megarocket’ surfaced, the first step towards habitation on the moon

According to the report of Science Focus, ‘One theory is that Venus must have been like Earth once. This hottest planet Venus will also have oceans and tectonic plates present on the surface of the Earth. Whose atmosphere would be composed of dense greenhouse gases such as carbon dioxide and sulfur dioxide. Some scientists also believe that life may have existed on this planet billions of years ago.

NASA will send a vehicle to the surface of Venus

It is said that the deuterium-hydrogen ratio of Venus is 100 times greater than that of Earth. The reason for this is also that there must have been a lot of water in ‘Venus’ which has now disappeared. For the purpose of solving many such mysteries related to Venus, NASA will send its DAVINCI + Veritas Probes a few years later between 2028 and 2030. There is also a theory that the volcanoes present on Venus made it the hottest, intolerant and inaccessible.

read this also- Life on Mars: Humans will produce babies on Mars! Sperm will live for 200 years

The probe going on the DAVINCI + mission will go to its surface and measure its deuterium-hydrogen ratio again. Let us tell you that earlier the results of this ratio, obtained in the 1970s and 1980s, are not considered 100% accurate. This ratio can tell us how much water must have been on Venus.

If we know that Venus was always a hot planet like Earth, it could make it easier to gather other information about similar planets with such atmospheres outside our solar system.

At the same time, one theory is that the volcanic eruptions on Venus generated a lot of CO2 gas in the atmosphere which caused a dangerous greenhouse gas effect. The NASA probe will also collect high-resolution images and radar data to give us a new view of Venus’s surface and compare its surface and atmosphere to Earth’s.

read this also- ESA has released the themes of future missions, there is tremendous preparation to go to space

That is, it is believed that by studying the principles related to the planet Venus, the time of the end of the earth can also be estimated.

On the other hand, talking about other important news related to space science, the European Space Agency has revealed that it will also send a vehicle called EnVision to study ‘Venus’ in the future.