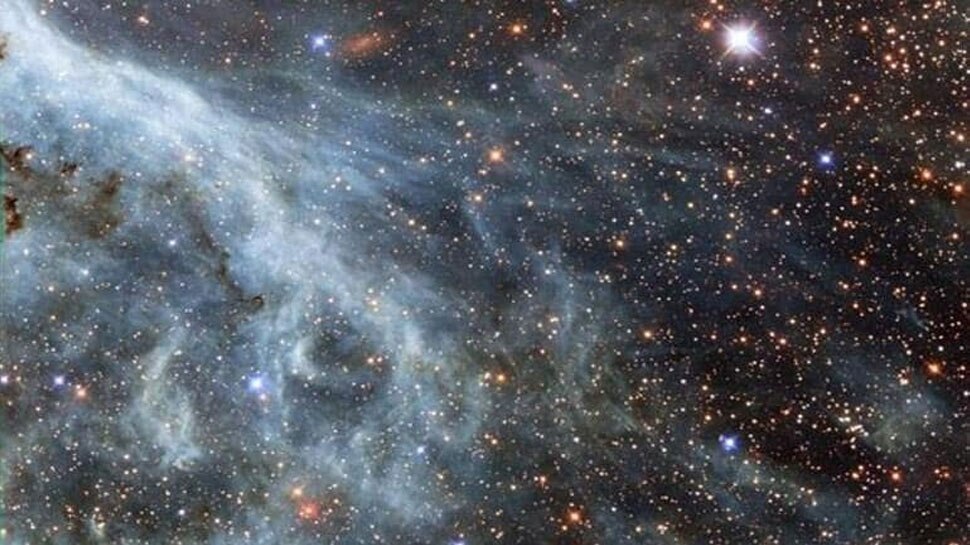 New Delhi: Our universe holds countless mysteries within itself. Talking about such a mystery, then there is also a question that how can a star be the most massive at the same time while being the smallest? In fact, recently scientists have discovered such a dead star which is the size of our Moon. Whose mass is greater than that of our Sun. The name of this dead star is ZTF J1901+1458, which is only 4,280 kilometers i.e. 2,660 miles away but it is estimated to be 1.35 times the mass of the Sun.

It is a white dwarf star, which means that it has ceased to exist. According to the report published in the website of the international news channel Wion, Dead Star is located 130 light years away from us. Let us tell you that the light year is the largest unit of distance measurement. This star is very dense, which is very close to the Chandrasekhar Limit. This limit refers to the maximum mass that a white dwarf star can have before it becomes unstable. A star dies in an explosion that follows.

Dead stars are a threat to the solar system

After the completion of its age, a star also destroys the remaining planets of its solar system. Scientists associated with NASA have found important evidence in support of this concept established over the years. Scientists have seen evidence of such an event through NASA’s space telescope Kepler. During the K2 mission, scientists saw a small body breaking into pieces near a white dwarf star. For a long time, space scientists have believed that white dwarf stars, commonly called dead stars, have the ability to destroy the remaining planets of their solar system.

In fact, in October 2020 last year, the American space agency NASA released a video of the death of a star in the sky. NASA recorded this amazing video of the massive explosion in this star and shared it on Twitter. This explosion took place at a distance of about 70 million light years from Earth.

Every second, a star explodes somewhere in our vast universe.

We can watch a supernova in the galaxy NGC 2525 fade away in this video, featuring a time-lapse of photos taken by Hubble over the course of a year! Learn more: https://t.co/l7fbOZWEkm pic.twitter.com/0kZEWRPpPW