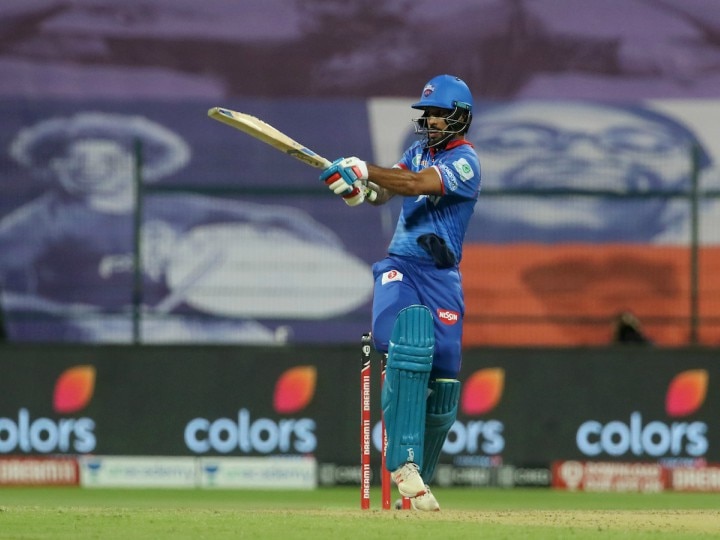 MI vs DC: Batting first after winning the toss against the Mumbai Indians, the Delhi Capitals scored 162 runs for the loss of 4 wickets in the stipulated 20 overs. Mumbai will have to score 163 runs to win. For Delhi, opener Shikhar Dhawan scored an unbeaten 69 off 52 balls. He hit 6 fours and 1 six during his innings. Delhi captain Shreyas Iyer also played an innings of 42 runs off 33 balls. Ajinkya Rahane, who joined the team in place of injured Rishabh Pant, could score only 15 runs.

This is how Delhi’s innings went
Delhi’s innings started by Prithvi Shaw and Shikhar Dhawan. However, Trent Bolt caught Shaw on a personal score of 4 and sent him to the pavilion. After this, Ajinkya Rahane came to bat, but he was dismissed LBW by Krunal Pandya on the score of 15 runs. Shreyas Iyer and Dhawan handled the innings after Delhi fell 2 wickets early. Dhawan completed his half-century during this period. Shreyas Iyer was also out on 42. After that Marcus Stoinis came out to bat, but he was run out on a personal score of 13 runs. Alex Carrie and Dhawan together increased the score to 162 runs.

69 * from Dhawan and a well made 42 by Shreyas Iyer propel #DelhiCapitals to a total of 162/4 on the board.#MumbaiIndians need 163 runs to win. Who are you rooting for?Scorecard – https://t.co/0fS0687cpP # Dream11IPL pic.twitter.com/IIEE3GPVCL