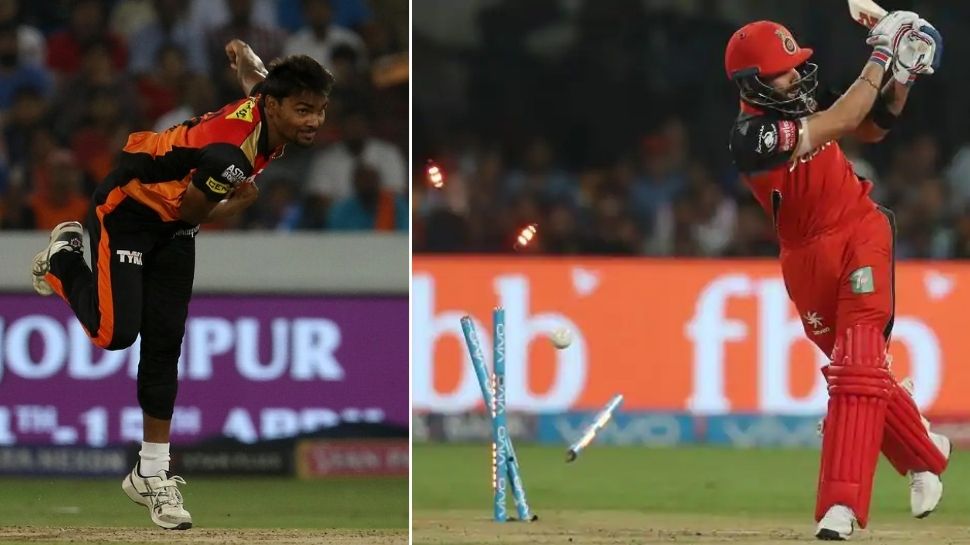 Sharjah: In the 52nd match of IPL 13 (IPL 13) played between Royal Challengers Bangalore vs Sunrisers Hyderabad on Saturday, Hyderabad won by 5 wickets.

Fast bowler Sandeep Sharma, who was the hero of Sunrisers’ victory, contributed significantly to his team’s victory by bowling deadly in this match. Sandeep bowled Katilana against RCB, dismissing 2 batsmen.

One of them was Bangalore captain Virat Kohli. Out of Sandeep Sharma’s ball, Kohli recorded an embarrassing record.

Sandeep out of Kohli most times in IPL

Significantly, in the history of the Indian Premier League, Sunrisers Hyderabad’s paceman Sandeep Sharma is the only bowler who has shown the path of pavilion to run machine Virat Kohli the most 7 times. In such a situation, it is a very special achievement for him as Sandeep.

So on the other hand, this is a spam record for King Kohli. Apart from Sandeep, former Indian fast bowler Ashish Nehra has also dismissed Kohli 6 times in this world’s biggest T20 league. Sandeep Sharma set this unique record when he got Virat Kohli caught by Kane Williamson in the 5th over of Bangalore innings.

This is how Kohli vs Sandeep clashed

Apart from this, it should be noted that the statistics of Sandeep Sharma and Virat Kohli in the IPL. So, the master of the swing, Sandeep, has so far achieved 7 times Virat, giving 68 runs in 12 innings in front of Kohli.

Sandeep Sharma is praised for this great game against Virat Kohli, because Kohli is the most successful batsman in IPL. Not only this, Sandeep was also adjudged Man of the Match for his excellent bowling against RCB.