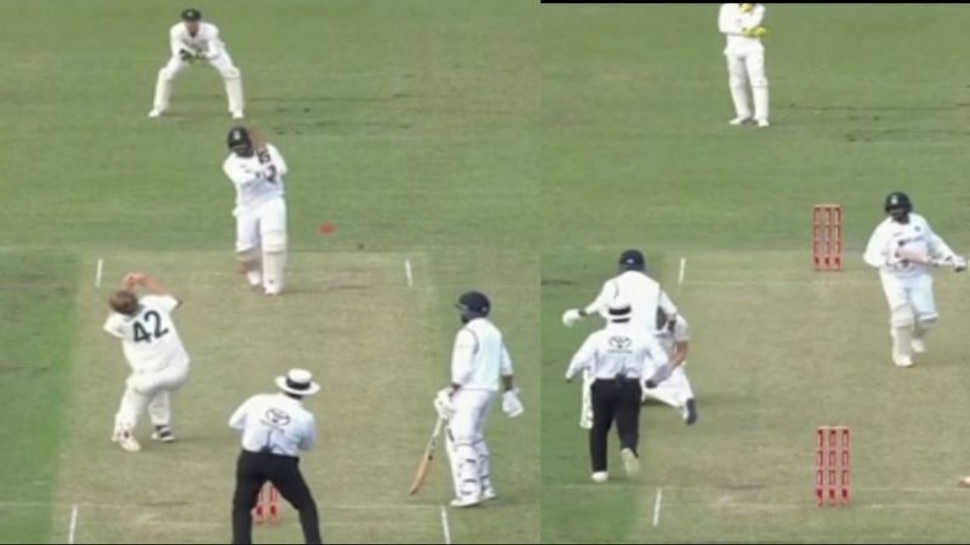 Sydney: Team India’s fast bowler Mohammad Siraj (Mohammed Siraj) has won everyone’s heart in the practice match being played against Australia A. Seeing his generosity, the Australian media is praising him a lot. The BCCI has also shared a picture while reacting to this.

‘Concussion‘ Was a victim of green

In the second practice match, Jasprit Bumrah hit a straight drive and the ball hit the head of straight bowler Cameron Green on his head. Non-striker Siraj (Mohammed Siraj) standing at the end immediately left his bat and reached to see Green. Green was left out of the remaining part of the pink ball three-day practice match between India and the Australian A team due to ‘concussion’.

How is this for sportsmanship? Green cops one in the face, Siraj goes straight to check on him. #AUSAvIND #AUSAvINDA pic.twitter.com/ivPYyFF4qa

ABC’s Michael Doyle tweeted, ‘Leaving Siraj’s bat and going to Green is the most wonderful moment for me this summer’.

Amanda Bailey, an Australian journalist, tweeted, ‘How is this game for spirit? Green’s face hit, Siraj went straight to see him ‘.

Non-striker batsman Mohd Siraj quickly rushed to check on Cameron Green, who got hit on the head by a Jasprit Bumrah straight drive.

The Cricket Board of India (BCCI) has also shared a photo in which Green is seen standing on his knee after being hit on the head and Siraj is standing with him.

Explain that this accident happened in the seventh over of Green. At that time, Bumrah was playing for 40 runs. Green had to leave the field immediately and was later ruled out of the match.