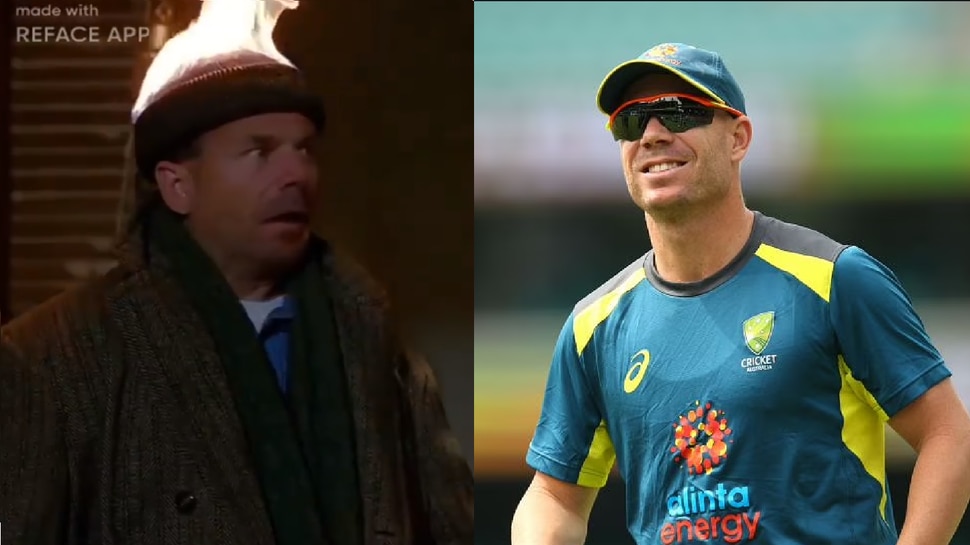 new Delhi: Australia’s star cricketer David Warner was not part of the playing XI in the first Test played between India and Australia. Due to injury, Warner could not show his bat power in some matches. However, without him, Australia defeated the Indian team by 8 wickets. Now fans are hoping that Warner will return to the field soon.

David Warner may not be able to show action on the field, but he is spreading a lot on his social media account. Yes, Warner has been posting videos for a few days by putting his face in place of the actor’s face in the movie.

This time, this opener has chosen the Hollywood movie Home Alone. In this movie, a child is left alone in his house and some thieves enter the house. In such a situation, that lone child forces both the thieves to kneel. Warner has posted a video of the thieves acting in this movie. He wrote, ‘I think many people will not understand this, but this is the time of Christmas’.

Let us know that David Warner has reached Melbourne. The second Test match between India and Australia will be played at the Melbourne Cricket Ground from 26 December. Fans are hoping that David Warner will be part of the team in the Boxing Day Test.