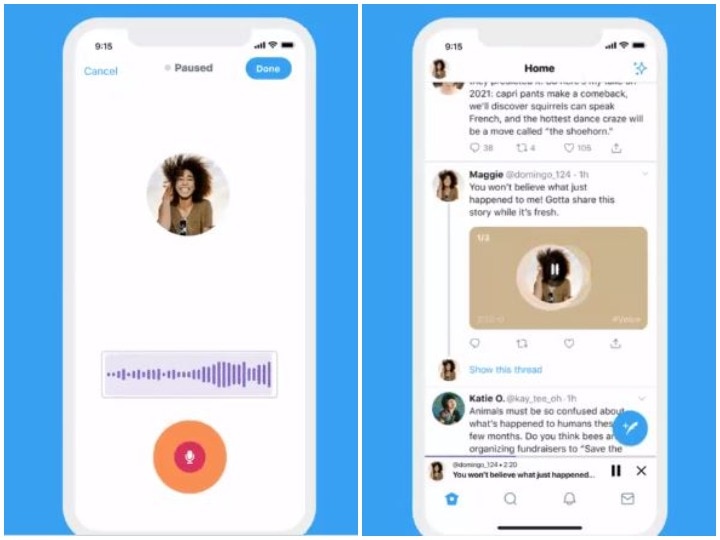 new Delhi: Micro-blogging site Twitter announced in June to add a very interesting feature voice tweet. But then it was available only to limited users. But now Twitter has said that voice tweet will be available for a large number of users. But currently it is only for users using iPhone and iPad. That is, only iOS users will be able to use it.

Twitter said in a tweet that “We are bringing voice tweets to more of you on iOS so that we can know how people use audio.” Since launching the facility in June, we have taken your feedback seriously and are working on the availability of transcription to make voice tweets more accessible. “

Considering rolling out voice Tweets to more of you on iOS so we can keep learning about how people use audio.

Since introducing the feature in June, we’ve taken your feedback seriously and are working to have transcription available to make voice Tweets more accessible. (1/2)- Twitter Support (@TwitterSupport) September 29, 2020

Twitter said in one of its blogs that facilitating public interaction means taking continuous steps to make Twitter more accessible. The internal programs and policies that we create and implement them globally, people with disabilities must be included in this. During the testing of voice tweets, we realized how much work we still need to do as a company. We have committed to make Twitter more inclusive for the disabled community.

Let us know that this week also came the information that Twitter is bringing a new feature in which voice messages can be sent by direct message. According to the information, it will start from Brazil, where Voice DM will be tested.

How to block surplus number on Whatsapp? Know block and unblocking tricks on WhatsApp

IPhone 12 series can be launched on October 13, can take the curtain from even the smallest phone