At the moment, the Arjun Mk-1A carries a total of 39 rounds of different types of ammunition

The Defence Acquisition Committee of the Defence Ministry today granted an ‘Acceptance of Necessity’, paving the way for the Army to acquire 118 Arjun Mk-1A tanks in a deal worth Rs 8,400 crore. The final step before an order is placed is a meeting of the Cabinet Committee of Security which is yet to be scheduled.

When it does enter service within three years of a contract being signed, the Arjun Mk-1A will easily be one of the most advanced Main Battle tanks in the world, based on a series of features that its designers believe give it an edge over anything operated by the Pakistani Army. 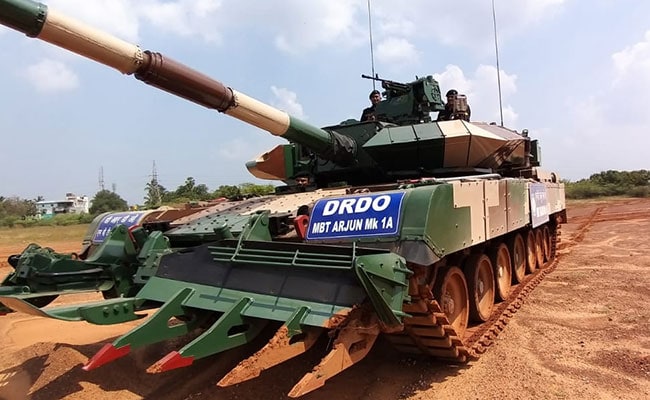 When it does enter service, the Arjun Mk-1A will easily be one of the most advanced Main Battle tanks in the world

The improvements, 71 in all, make this variant of the Arjun, which first entered service in 2004, an altogether different beast from the 124 Arjun Mk-1 tanks deployed by two armoured regiments of the Indian Army.

“Of the 71, 14 are major improvements in firepower, mobility and protection,” said V Balamurugan, the Director of the Combat Vehicles Research & Development Establishment (CVRDE) that has designed the Arjun.

Up the obstacle course at the Combat Vehicles Research and Development Establishment in Avadi. We meet key engineers, project managers and scientists involved in the Arjun Mk-1A project on a day the govt approved ‘Acceptance of Necessity’ for 118 tanks. At 9:30pm on @ndtvpic.twitter.com/1vZLlbnZWV

“The tank has an enhanced hunter-killer capability. The commander has a panoramic site which enables day-and-night surveillance with 360 degree coverage. This enables him to detect targets and engage them personally or handover the target to the gunner to prosecute.”

Unlike the T-90 tank in service with the Army, the Arjun Mk-1A presently lacks the ability to fire an anti-tank guided missile, a capability enhancement which remains on the cards. “Missile firing capability can be retrofitted on the Mk-1A as and when the missile (being developed indigenously) is ready.” 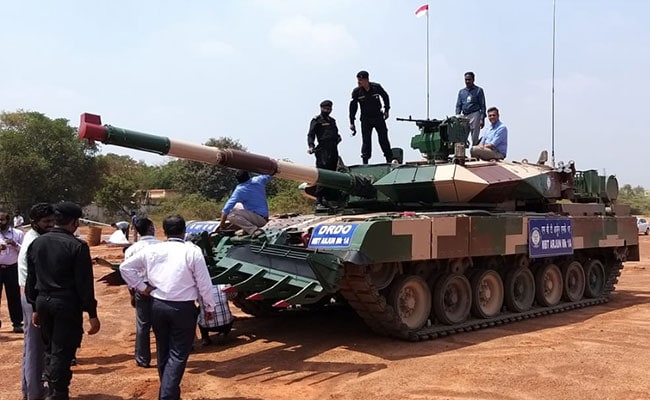 At the moment, the Arjun Mk-1A carries a total of 39 rounds of different types of ammunition.

For the first time, this includes thermobaric shells designed as bunker-busters that can be used to target soldiers. A penetration-cum-blast round can be used to hit other structures while tanks continue to be engaged with traditional shells, including FSAPDS or Fin Stabilised Armour Piercing Discarding Sabots and High Explosive Squash Head (HESH)  rounds designed to breach the armour of heavily protected tanks.

And on cue, the Defence Acquisition Committee of the Ministry of Defence issues an Acceptance of Necessity for 118 Arjun Mk-1A tanks worth Rs.8400 crores. Nice coincidence being in Avadi on the same day. pic.twitter.com/EngPy0kA2s

The Arjun is also armed with a 12.7 mm anti-aircraft machine gun which is remotely operated from within the crew compartment inside the turret.

Though designed and manufactured by the Heavy Vehicle Factory of the government’s Combat Vehicle Research and Development Establishment (CVRDE) in Avadi, near Chennai, the Mk-1A has a high import content of key components. The goal is to increase the indigenous content from the present 54.3 per cent in the Mk-1A prototype to more than 80 per cent when the engine and the transmission is made in India. Prototypes of an Indian powerpack are under development presently and are designed to offer more horsepower than the existing German diesel engine. 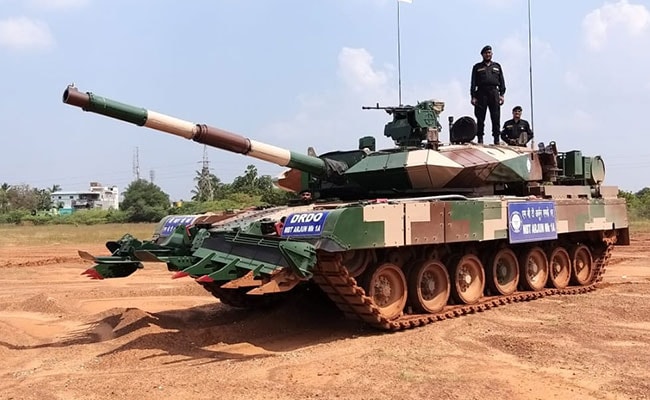 The Arjun is also armed with a 12.7 mm anti-aircraft machine gun

A key concern that has hounded the Arjun tank project is the overall weight of the vehicle. At a whopping 68 tonnnes, the Arjun Mk-1A is no spring chicken, a worry for the Army which needs to deploy the tank over existing culverts and bridges, many of which were not designed to carry their weight. And with the new modifications sought by the Army, the MK-1A is even heavier than the original variant.

The Arjun’s designers, though, dispute this. “Contemporary western tanks are more than 60 tonnes,” says Mr Balamurugan. “Modifications to the final drive in the transmission have ensured that the Arjun Mk-1A is equally agile as any other tank in service. And by agility, we mean acceleration, manoeuvring and traversing all cross country obstacles.”

A 68 ton tank spinning on its axis … pic.twitter.com/GnHSN4naus

The government’s Acceptance of Necessity of 118 more Arjun tanks is a booster shot for the indigenous arms industry, not merely because of the jobs a new production line will attract, but because it is a recognition that the Arjun tank has come of age as a weapons system. The tank was tested for more than 6000 kilometers in the Western sector, across all terrains and obstacles. “Trials were conducted for three years. We did 6,000 kilometers. We loved with the tank through the trials. No other tank has been tested so extensively.” 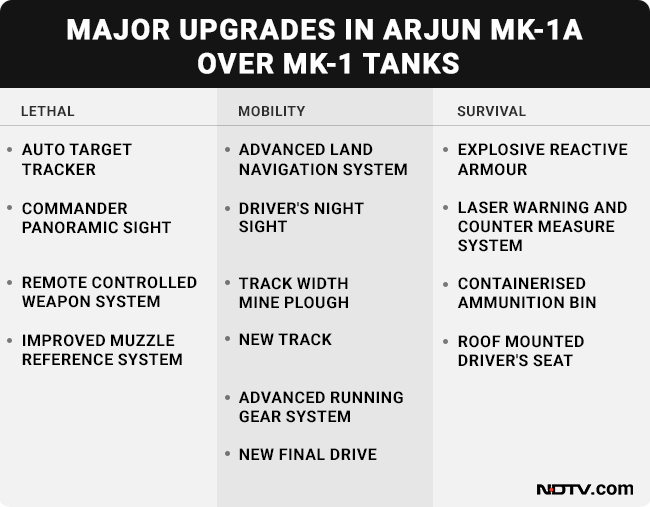 US Secretary Of State Mike Pompeo Tests Negative For COVID-19

Pompeo said he was tested “about 30 minutes ago” just a few hours after Trump’s announcement (File) Dubrovnik, Croatia: US Secretary of State Mike Pompeo said Friday he has tested negative for the coronavirus after President Donald Trump announced he had been infected and was in quarantine. “I’m feeling fantastic,” Pompeo told reporters travelling with […]

There are many who believe khichdi is all things bland and boring. Highlights Protein helps keep you satiated Protein is also called the building block of life Khichdi is often called a complete source of protein There is something so soothing about khichdi that it continues to be one of our most favourite comfort meal […]

Gorakhpur Coronavirus Lockdown Updates; Ghaziabad Youth Purchase Used Car For Rs 1.5 Lakh | Even after three days of hard work in Ghaziabad, the train did not get a seat; Painter reaches Gorakhpur in 14 hours with the help of saving money